DOVES GIVE THE GIFT OF PEACE CAMPAIGN 2017

In the 14th year of the Doves Give the Gift of Peace Campaign 2017, Jacksons Food Stores and its loyal customers donated $181,573.52 donation to the Coalitions Against Domestic Violence. Donations were made to the coalitions of the following states: Idaho, Washington, Oregon, Utah, Nevada, and Arizona as part of the committment to support the fight against sexual and domestic violence.

The campaign ran from Thanksgiving through Christmas Day. Jacksons sold paper doves in the $1, $5 and $10 increments in all of their stores in all six states of operation to raise funds towards the prevention of domestic violence among its local communities. 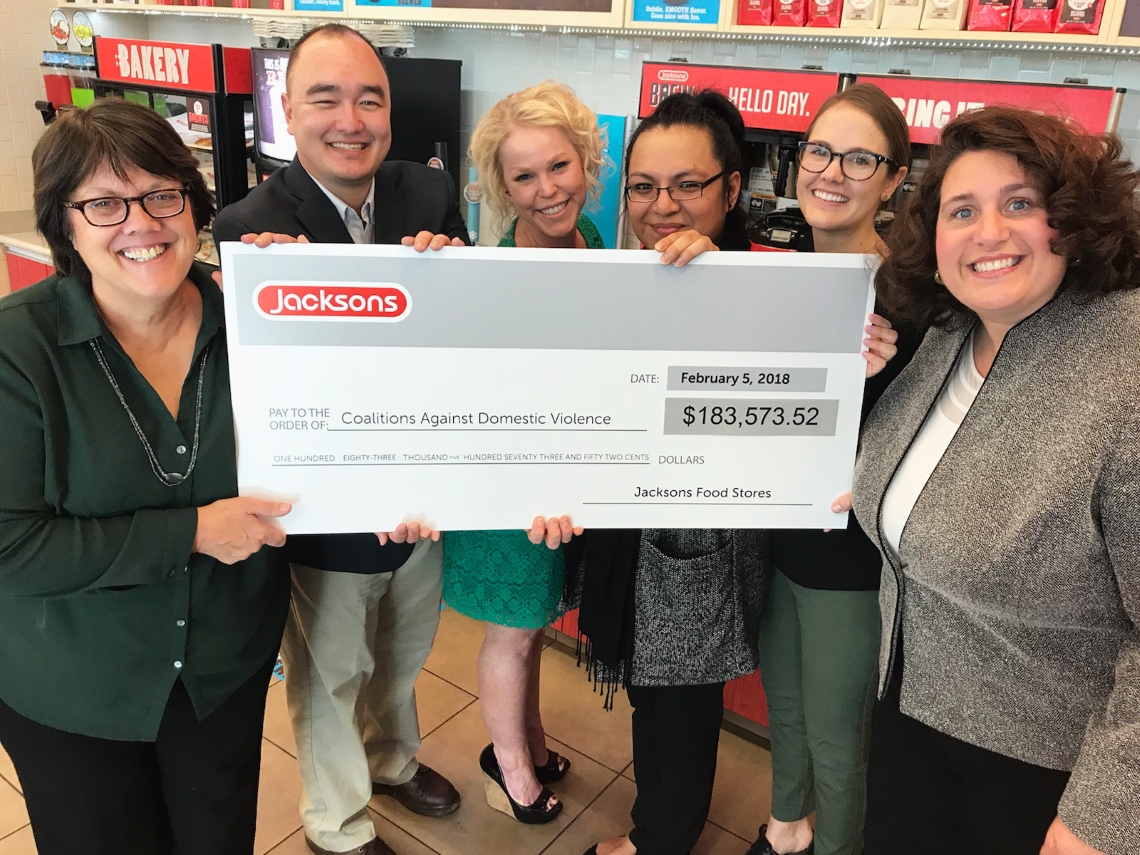